This specialist is not offering the online calendar under this address yet. 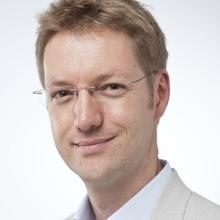 &nbsp;Conrad is an Australian trained Urological Surgeon and sees adult patients with a variety of urological conditions. &nbsp;After completing his ...

I really appreciated Conrad's honest appraisals & opinions of my condition (both good & bad news), and the fact that I was kept informed every step of the way! He's not an arrogant specialist, but rather one who confers with colleagues to determine the best care plan. His post-op care is exceptional
Could be improved: I'm positive the only improvement would be for Ulli to get a pay rise! She seems to work miracles in keeping Conrad's calendar under control!! : ) I've never had any problems getting an appointment!

Conrad's exceptional care and attention before and after the procedure. He explained what he had done, what I could expect, and even phoned me at home the day afterwards. He was truly exceptional.

I have never received such caring treatment from a Doctor in my 80 years of living. Mr Conrad Bishop explained in layman terms what treatment I was to have in the two procedures I recently had which made me at ease to go ahead. He was very thoughtful in keeping my wife informed.

&nbsp;Conrad is an Australian trained Urological Surgeon and sees adult patients with a variety of urological conditions. &nbsp;After completing his ...

No information about experience

This doctor hasn't add any information about his experience yet.

Conrad is an Australian trained Urological Surgeon and sees adult patients with a variety of urological conditions.
After completing his training in Melbourne in 2010, Conrad undertook a comprehensive fellowship in Uro-Oncology and Robotic Surgery at the Hertfordshire and South Bedfordshire Urological Cancer Centre in the UK. During this time he became proficient at all aspects of robotic surgery and completed over 100 cases as the primary surgeon.
In 2012, Conrad worked as a Consultant Urological and Robotic Surgeon at Guy's Hospital in London, the largest and best known robotic surgery centre in the UK.
Academically, Conrad has published 28 peer reviewed journal articles and two textbook chapters. He is a regular reviwer for both the International Journal of Surgery (IJS) and the British Journal of Urology International (BJUI). Conrad has recently been appointed to the editorial board of the BJUI.
Conrad currently has a public appointment at the Western Hospital and operates on private patients at the Epworth Freemasons Hospital.